Could a new land tax be imminent?

In October’s article for Farmers Guardian magazine, Colin Muller, our chief executive at Muller Property Group, warns of whisperings within parliament of a potential new land tax.The last time a land tax was introduced in the 1970’s, it was very short-lived as the supply of new land for development dried up overnight – no wonder when the DLT (Development Land Tax) captured gains of up to 80%!In current times, given the housing crisis, a new land tax would, Colin says, be a landmine.Labour MP Clive Betts recently stated that landowners could make multi-million pound profits, giving perhaps a signal that politicians are ‘on the prowl’ for tax from the sale of land.

Colin shares his view that an overhaul of the planning system itself would be more useful than introducing a land tax.  As all sides agree that more housing is required, granting more land with planning permission would make sense.

Land values have increased because there is too little land available.  If more land was opened up for housing and employment, land prices would stabilise and government would still obtain taxes from land sales.

If you have land you are considering for development, contact a strategic land promotion expert like Colin. 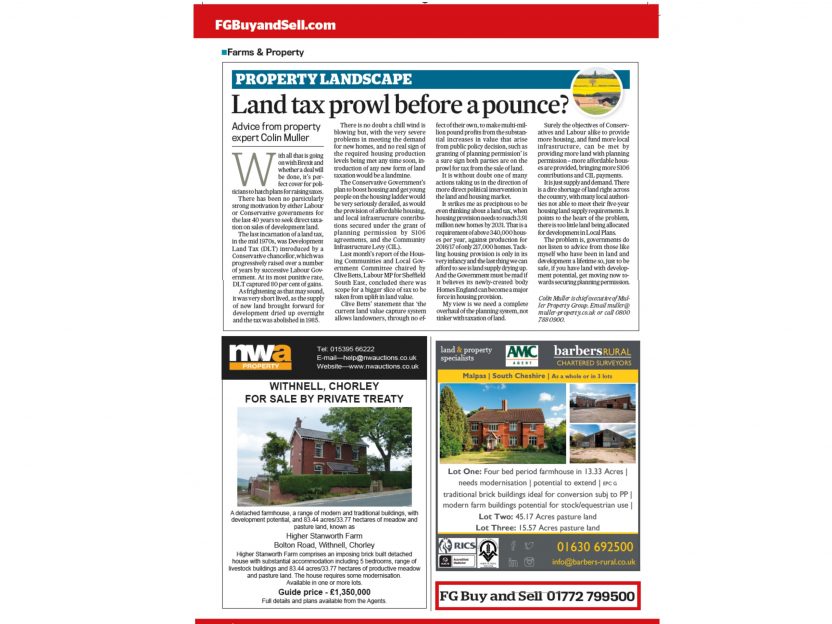