On 3rd August 2017, the Secretary of State issued a letter reopening the inquiry into Muller’s potential 1,100 home ‘village’ proposals at Nantwich

This comes after the Secretary of State’s decision to refuse plans submitted by Muller for 189 homes in Nantwich was quashed for the second time and 60% of Muller’s costs were ordered to be paid.

Now the decision is under review once again and the Secretary of State has ordered the inquiry to be reopened regardless of the fact that the evidence has already been subject to detailed examination.

Muller submitted an outline planning application for up to 189 dwellings, primary school, employment area, local centre, POS and allotment area to Cheshire East Council in September 2012, together with a separate application for a new access off Peter Destapleigh Way.

A High Court Challenge was submitted by Muller on the grounds that the Secretary of State’s decision was unlawful. The decision of the then Secretary of State, Eric Pickles, was quashed in July 2015 and the case was returned for reconsideration.

The application was then refused for a second time and Muller launched their second challenge at the High Court in September 2016.

Further details will be provided in due course. 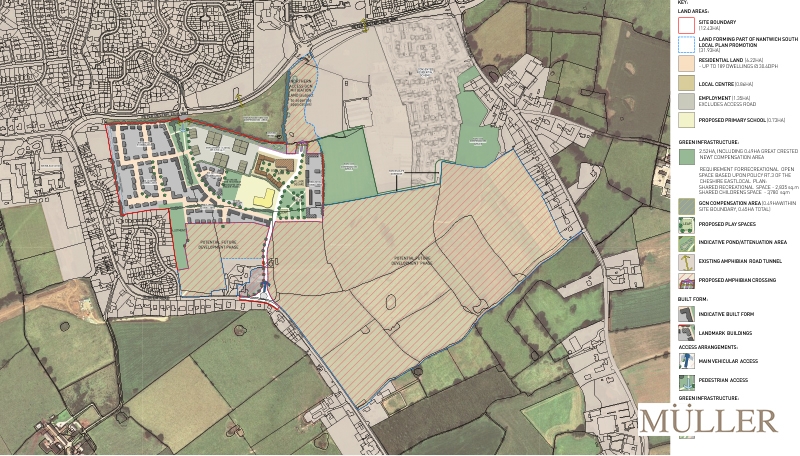