Farmers Weekly: What the new Levelling-Up and Regeneration Bill means for farmland 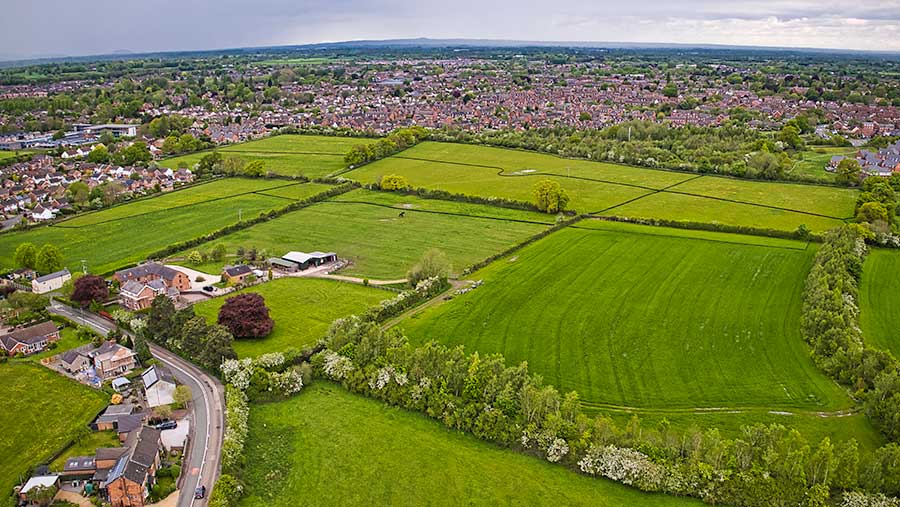 Farmers Weekly May 2022: Secretary of State for Levelling Up, Michael Gove, has made promises over the past few years about planning, specifically with regards to housing and planning permissions to meet the growing needs of the UK population.

In the recent Queen’s Speech, many of these plans were addressed in the form of the new Levelling-Up and Regeneration Bill.  Here, Colin Muller, CEO of Muller Property Group examines the new bill, the impact it could have on the farming community and whether it goes far enough to address the rising demand for rural housing and the subsequent strain put on the productivity of farming.

The key points from the Levelling-Up and Regeneration Bill include:

Originally introduced in May 2021, the Planning Bill has been scrapped and now incorporated in the Levelling Up and Regeneration Bill.  The aim is to empower local communities with more say over design and local development. Comment from Colin on these points – is this positive or negative?

This would be determined locally to raise funds for projects such as housing, schools, hospitals and new roads.  The value of the funds will be based on the final value of the property when sold, rather than when it obtains planning permission.

The delivery of 300,000 new homes was a key Conservative pledge at the 2019, however Gove appears to have abandoned plans and was earlier quoted saying that a “statistical target” was not the only measure of success.

Streamlining and regulating the process for local plans

The new bill creates the legal structures to avoid duplication between local plans, simplifying the task of how local plans must perform as well as the process and timetable of the plan development.

This would abolish the avenue for developers seeking permissions on unallocated sites for five years post-adoption of a local plan. The Government has intended to propose that councils with up-to-date local plans will no longer need to demonstrate a five-year supply of housing sites to fend off speculative planning applications.

The future effect of the above remains unknown and the government has failed to provide the clarity of how they are to deliver on the levelling up and new homes promises that was such a vote winner in 2019. Local community involvement in the planning process, although welcome, could slow the process down and therefore limit the immediate potential for housebuilding on land on edge of settlement areas. These houses, and the people who live in them, could help provide the employment and productivity boost needed for a strong farming economy.

Muller is a trusted family-run business that is proven to secure planning permissions and releasing value from land where others may fail. The expertise Muller has, along with its quick decision making and personal approach, allows farmers and landowners to maximise the value of their land. To find out more visit here.